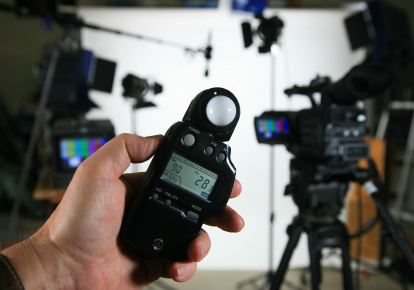 Even though private persons primarily used video-sharing portals such as YouTube – the big commercial potential of on-line videos was rapidly discovered and recognized by the free market. And if such on-line videos are well made then spreading occurs automatically. At present each minute a film is uploaded on YouTube.

Additionally, online-videos are so attractive because they can be integrated by so-called HTML Snippets directly into other web pages. With so-called API’s that are application programming interfaces, features of the films such as the appearance can be modified. On-line films are a special kind of the Internet films, which are generally accessible by the use on-line video sharing portals, such as YouTube, Vimeo etc. By uploading your video to such an on-line video sharing portal you saves storage and gain access to a variety of analysis tools.

YouTube has already with over 300 million users a huge advertising power. If the prognoses conducted by the management consultants Forrester and eMarketer become true then the video advertising market is a growth market, which constitutes several billions dollar.

Often video productions for online-videos are offered for little money. Companies make clients believe that small and low-priced technology is completely sufficient. Unfortunately, clients are often not told that on-line videos are realized with professional technology. High-quality raw material with the appropriate resolution in the colour – and contrast space is necessity in order to assure a proper presentation, since videos are required to be compressed for on-line usage. The bandwidth on the Internet rises annually and also the quality of on-line videos available. Watching on-line videos from large car manufacturers I always get impressed by the video quality, which today is possible to reach on the Internet. A professional lighting, a clean camera movement and a consistent picture composition are taken for granted in the hot-disputed market. I am always impressed how cheaply budgeted video productions are advertised and sold as “professionally done”, “high quality technology” and all this is aimed to be recorded within one hour of shooting? Unfortunately some people believe what is advertised and companies, which aim to make a living out of video production work have to explain that good looking films cannot be realized within one hour of shooting. In an hour I can probably set-up the light for one set. Also the license costs for good music and voice-over artists need to be considered as well. “Well – give me a good looking video, it is just for YouTube!“

In order to cut the cost down I always recommend (i) the multi usage of original shots and (ii) the creation of different versions. Of course, the rights of use need to be considered initially. Good technical raw material is a prerequisite as well. But finally this pays of and increases the production value for the client. Such an approach allows the usage of footage for fare trades and exhibitions (highest quality for big screens) as well as versions for DVD distributions and on-line video sharing portals. Such an approach assures the best benefit-cost ratio.