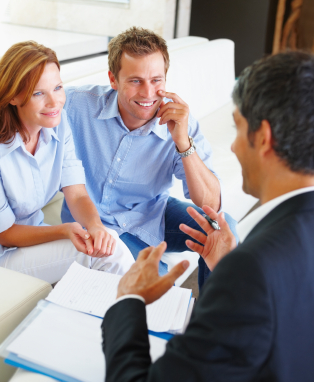 A project charter and project scope statement should be created prior start of a video production. The "rights of use" should be sorted out and incorporated within the project charter. (Picture: ©iStockphoto.com/Jacob )

Clients want to have a fixed price offer and production companies a secure calculation. Video productions are project management and if productions are not properly defined then everybody will lose. The risk, not to finalize a video production at the initially proposed budget, or not to complete on time and not to deliver what was agreed initially is much greater if a production isn’t defined prior start. A couple of days a potential client called me for a TV-Spot and had no idea about how many actors are necessary, no idea about music, but the price was pretty much fixed – impossible just to buy the basic licenses. Being burned a couple of times I always use a project initiation sheet prior start – and if it isn’t signed I don’t start, simple as that. But how do we define a video production? I am not talking about a production on a Hollywood level – a plain simple production up to a level of about – let‘s say 50.000€. You think it is a lot of money – well for a TV-commercial, which is aimed to be broadcasted in Europe you burn about 25.000€ just for the licence rights of a single actor, the music and one proper voice-over actor.Project management methodology recommends using two documents in order to define your project in advance. Well, there are others as well but the most important once are (i) the „project charter“ and (ii) the „project scope statement“.
Every video production should have these documents in place (even if it is a small production). I will provide a bit later a project initiation document, which combines both.


The project charter is the official authorization of the project. It is an overview document and should normally not exceed two pages. Quite frequently, project participants start with the shooting and preparation work prior this signed document. Unfortunately, without such a signed document the project “officially“ doesn’t exist and the work already spend on the film project might develop as unpaid substitution business.

Even if it looks trivial to point out and name the “project sponsor“ – however, within today’s jungle of co-productions and subcontractors, such task sometimes develop more complicated than originally thought because transparency isn’t always requested. Production companies often appear to the outside world as one single company but behind the walls a variety of jobs are given to subcontractors. Which production part is handed over to a subcontractor should be made transparent on a project charter. Frequently marketing companies act as the main contractor – however, rarely run their own video production business and therefore subcontract the actual production part.

Definition of „Rights of Use“

In Germany the daily rate of an actor falls between 800 to 1200€. If a video production is aimed to be broadcasted within Europe then the license cost are about 1200% of the daily rate. If the same TV-spot is going to be broadcasted just in Germany then license fees are 100% of the daily rate. The total cost of an actor will count up to about 13000€ for a transmission in Europe and 2000€ for a German transmission. The license cost, which are associated with the “rights of use“ are justified because an actor is unlikely to get during the transmission time an additional engagement for an equal territory.

The “rights of use“ can be defined by the following parameters:


The “right of use“ are also important to be defined for voice-over actors as well as the music.

“Right of use“ define how the video production is finally used and are required to be negotiated and sorted out prior project start. They need to be incorporated within the project charter and don’t belong in the invoice. “Rights of use“ as a position within an invoice are a one-way declaration of the client and legally irrelevant.

The project charter should be accompanied by a detailed description of the project scope.

In order to clarify the scope of a video production the most important constraints need to be known, such as


The list above isn’t complete at all. Additionally, it is recommendable also to write down the items, which are not part of the scope.
Project risks are frequently forgotten. However, most risks can easily been mitigated by the use of insurances or other strategies.

For smaller productions I frequently use a document, which combines the project charter as well as the project scope statement, which is labelled as project initiation document. I have included such a document as a PDF file – however, please don’t use it without modifications. It really needs to be adjusted to fit to the project circumstances present. And please don’t forget to get the signature of the project sponsor. I found this document helpful particularly if I get called-up by my clients and they have no idea what they want.


I have included a little template, which should give you an idea on how video productions can be defined.

Even if you start with a small video production – it needs to be properly defined prior start. Good preparation work reduces stress for all participants. And don’t forget to define the „rights of use“! Later you can rarely extend them.