As authentic as it gets – What’s your story? 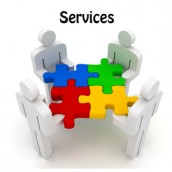 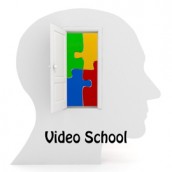 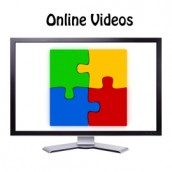 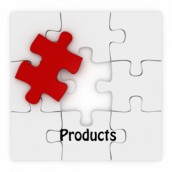 Hello and welcome to the official portal of Nageldinger Film. This portal is designed for our visitors, who don’t live in Germany, Austria or Switzerland. The portal language is in most cases English. However, many of my Films produced are multi cultural, so you are going to find videos not only in English but in other languages as well. I tried to keep at least a brief explanation in English, in case the film utilizes a different language. I am Guido Nageldinger and I love to produce films.

You can benefit from this portal in many ways:

You would like to contract a German Video – and Film Production Company?

By Nageldinger film everything has to do with videos and films, particularly with an emphasis on documentary films and video journalistic work. You can also contract Nageldinger Film for a video – or film production directly. This goes fast and without a lot bureaucracy, for which we Germans are sometimes known.

What equipment do you use?

…this depends on your business case!

Inside the voice-over cabin © Nageldinger Film

Nageldinger Film is going to propose certain equipment depending on your budget constraints. We utilize for low budget productions VJ (video journalistic) equipment and for higher-end productions camcorders, from Panasonics 3K line, such as the HPX3000. In order to justify the cost of equipment, which records 100MBps with 4:2:2 sampling, you really need to have a business case. There is not something such as the ideal camera but there are certain equipment options for your project and budget constraints.
The equipment cost anyhow only matters if it is a low budget production. Certain distributions require significant licensing fees, related to the actors, music and voice-over artists. Additionally, legal aspects need to be covered as well. If you put the production insurances and other necessities on top then the equipment cost is just a small part – and who wants to put a whole production at risk, because cheap equipment is used? If you need to pay 500.000€ in order to get your TV-Spot broadcasted 250 times – are you going to argue about a few thousand Euros more on equipment cost?
Equipment, which is considered cheap, can also be quite expensive too. Once it comes to the cost involved during operation or post-processing. If you work with a shallow depth of field – who is going to adjust the focus once the subject moves? Ok, we take a camera assistant – and who is going to pay for it? If you like to receive the film in its final distribution on a Blue-Ray or even DVD and you don’t require a lot of processing during post-production than the acquisition format can be higher compressed and the equipment cost reduced significantly. Distributions for TV or Cinema require higher resolutions during acquisition and lower compressions. Additionally, certain TV standards need to be met.

How much do I need to pay for a Video Production?

Nageldinger Film speaks openly about the price structure. Properly structured and recorded so called corporate films start at around €5000 (excl. VAT) and have a length of about 3 minutes.
Can I do this cheaper? Any production case, which requires at least 1 day work, is for me a business case . In a day you can get an HD internet film, let’s say an interview with a bit of B-Roll in a flash-file format, which you can upload on YouTube. We talk here about 1000€ (excl. VAT). The price would include the setup of an interview location with artificial light as well as online editing on a portable editing suite. You can watch over my shoulders how the film is edited and you can take the video on a disc or USB-stick directly home with you. If you like to get a series of internet videos produced than I can give you even a discount, depending on the number of episodes you contract. This is because the administrative overhead becomes less for me.
Complete production packages are already available for around 2500 € (excl. VAT) and include (i) one shooting day, (ii) one post-production day, (iii) the cost for potential corrections as well as (iv) conversions into the target formats. The preparation time is here kept to a minimum and the videos get a look which is typical for news or magazine style formats. These production packages are here also referred to as “light“- packages. These “light”- packages are offered in the region of Hamburg and Berlin.
If you like to do something special, so Nageldinger Film’s standard production packages can’t be used, we need in most cases a plot or scipt with a brief project plan. We also need to talk about legal aspects, licensing fees, stylistic elements such as music, potential animations, actors, production insurances, your corporate video strategy and many thinks more. Depending what you want to do I would than propose a workshop at your location, with the objective to define and budget your project. I can give you a high level estimate (without warranties) on the phone but if you like to have a fixed price project with a proper scope description we need to put it in writing, which isn’t for free.

This portal layout is very new and currently, not all content has been migrated from the old server. In particular the sections Products and Services are going to be added shortly. Expect many content updates on a regular basis.