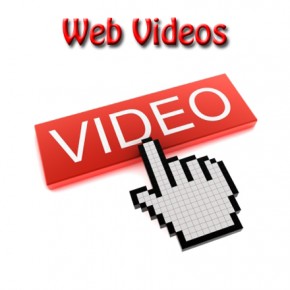 Web Videos are distributed either via (i) video sharing portals (ii) video streaming provider or (iii) directly, as download, from a variety of portals. In this category you are going to find short documentaries of less than 30 minutes. These films have been produced by Nageldinger Film and here, they are all for free. Please be aware that they are broadcasted in a variety of languages, mainly in German, English or even Spanish. The related WebPages, on which they are embedded give you also additional background information. In some cases they are available in more than just one language. So look for your language, lay back and have fun.

Below you find a variety of web videos as well as additional explanation.

Emily’s Escape – Event video of the charity party by “alma terra e.V.” within the Thalia Theater in Hamburg

Kaye-Ree: Event video of the charity party by “alma terra e.V.” within the Thalia Theater in Hamburg

Highlight of the „Charity Party“ from alma terra this year was the Persian-German singer-songwriter, Kaye-Ree. Here debut album „Endless Melody“, a mixture of soul and modern R&B, was published last

Alma Terra e.V., a Hamburg based non-profit organization, conducts every year its charity party, which had been hosted a couple of days ago in Hamburg’s Thalia theatre. Nageldinger Film was