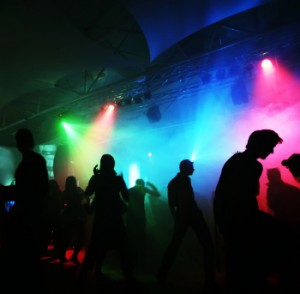 Do not let expensive events deflagrate! Use your event video as audiovisual addition within your marketing portfolio. An event video is suitable for your sponsors, public relations, as “invitation for future meetings” as well as a beautiful “thank you”.(Picture: ©iStockphoto.com/Color and CopySpace™)

It’s all the same – independently, whether it’s an anniversary, a day of the open door, a firm’s party, a meeting, a re-opening or a competition. In short, a video of an event can be created everywhere and for any event you wish. Since these types of videos are produced frequently, they are often called “Event Video”. Videos of events are often created because they are relevant for public relations, funding of such events is significant and event videos can be used heavily after the event as a component within the marketing-mix. It’s not uncommon to find event videos still three years later on the Internet portals of many large-scale enterprises. Compiled as web-video they are suitable and outstanding to send away for invitations of future meetings, such as “that was last years Christmas celebration …” or “beautiful memory of …” in your letter of thanks. An important part of these regional events are the backers, which are most likely regional banks or larger department stores, hotels, beverage manufacturer and many different more. An event video is therefore also suitable for these investors in order to demonstrate for example social commitment and is therefore gladly shown on investors web pages as well. The more largely and more expensively the event becomes the more important becomes the production of an event video.

An event video is a documentary with PR flavour

If an event video is properly done then the impression of Cinema Varieté develops. Event videos should impress the investors and should reflect the PR image and character present during the event. Therefore, it should be agreed upon with the production company, which aspects of the event are to be emphasized. An event takes usually several hours and sometimes even one day. Unfortunately, an event video cannot be produced in all bloom like a documentary film, since the budget normally must hold out for one production day and probably two days of post-production work. A presentation or a speech is often obligatory for such an event and the organizer should provide the script of the speech to the production company prior filmmaking work. It is very helpful if the organizer agrees potentially in advance with the presenter, which 30 seconds of the speech are the most important once. These 30 seconds are later facilitated within the final edit. A production company should know the sponsors and backers of the event in order to catch them during the filmmaking work. Nothing is more embarrassing than an event video, where the logo of the main sponsor is missing.

Cost of an Event Video

An event video is normally between 3 to 8 minutes long and can be produced in about two post-production days. The mayor cost driver of an event video is the post-production work. Therefore it is important, to define before shooting, which substantial elements are desired to be shown at the end. The cost of an event video depends upon the equipment facilitated and range between 1000-5000€. Unfortunately, a variety of companies use low-priced cameras. Particularly in less illuminated situations, cameras show without 2/3” chips only unsatisfactory results, such in the dawn, in auditoriums or more importantly during theatre demonstrations. Artificial light is often no alternative, since the intimacy of the scene is destroyed and the employment of headlights is not practicable during frequently changing actions. For 3000€ an organizer can request a 3-4 minutes long film, which was recorded and edited with professional television equipment.

Most events receive funding from 3rd parties and therefore have a PR-flavour. However, such a PR-flavour might be smaller for some cultural events, sports competitions or music performance. In particular if a performance is on stage the video recording requires at least two cameras. The easiest set-up facilitates a camera for the coverage of the entire stage and another camera concentrates on distinct shots. In particular during complex theatre dialogs two cameras are unlikely to be sufficient, which require additionally production management. The cost of such productions clearly falls in the range of five figures. For such recordings the term event video is also not anymore used.