Construction of Herero or Himba houses 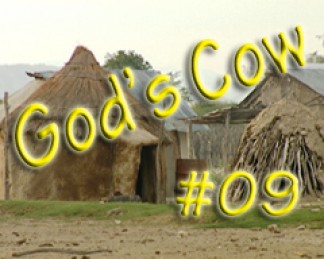 This episode 9 is about Herero houses and settlement arrangements. The basic concept is actually valid not just for the Himba and Herero but for many other African groups. These houses serve more like cabins, which house parts of the family, such as the parents, the children or the grandparents and are part of a traditional settlement site.
The pictures below shows a contemporary building as well as its skeleton. The dung of the cattle is placed between the wooden parts. Contemporary houses usually have a square shape and a metal roof. Nowadays also bricks are used – but it is more expensive than dung and therefore not that frequently facilitated. 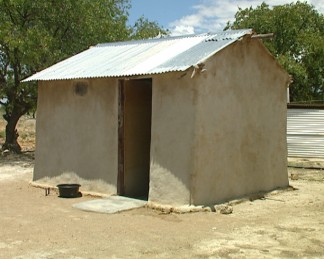 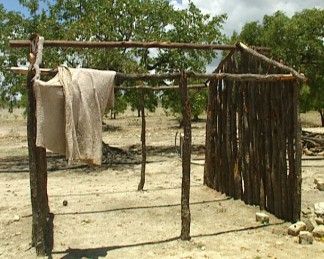 Traditional houses usually build a circle or have an igloo like shape with plants on the top. In the Kunene region these houses are more frequently seen by Himba families. But many years ago Herero used this architecture too. 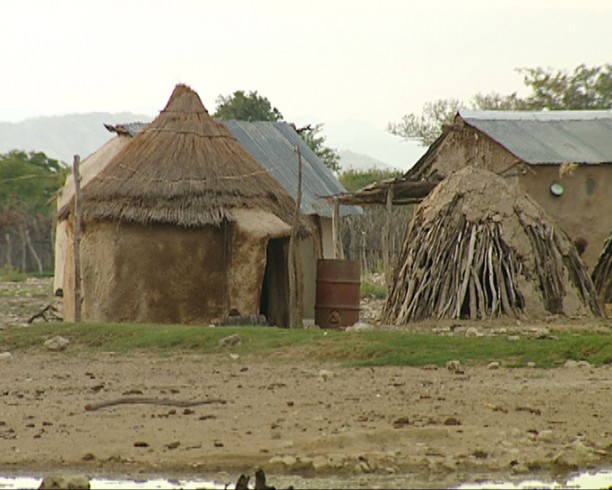 It doesn’t matter if these cabins are of contemporary or traditional nature. Herero, Himba and many ethnical groups in southern Africa share a similar concept of living arrangement, which is strongly connected to traditional and religious believes, such as the holy fire. I couldn’t find an English phrase for what I am explaining now – so I decided to call this living arrangement “traditional house”. It consists of a fence, the kraal, which is a place to milk the cattle or goats, and at least three cabins, from which one is used by the parents, the other one is utilized by the children and a third one, which serves for ritual or religious purposes but it is also commonly facilitated by the family. Often, the grandparents live here. You can have more than just 3 cabins – but three cabins are quite common. In case more than just one family live in an arrangement like this, then the fence is most commonly kept around the village and not around the families cabins. The main house is usually kept on the right side of the entrance. 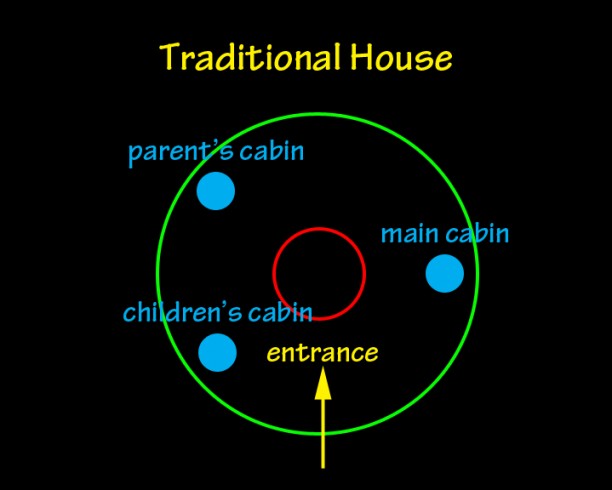 Main house and kraal build a line with the holy fire in the middle. The holy fire is a religious and ritual place. The removal of two or four cutting teeth from the lower jaw is usually conducted here. This procedure is done during childhood by the Herero and Himba. The fire only burns during a ceremony or serves as a communication line to the ancestors. People who passed away are introduced here to the ancestors as well.
The area behind the line needs to be treated with a lot of respect. Normally, only family members are allowed to cross this line. In case you are going to visit a traditional family or a village you better ask about the area you are allowed to walk. People know that you are a foreigner and probably show an understanding about your behavior – but it is more respectful and polite to ask. 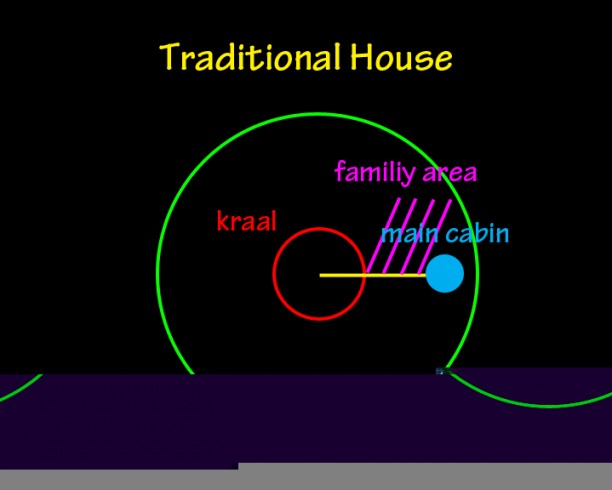