Housing the poor: How to resolve Homelessness in America

About “poverty pimps” and academic treatments 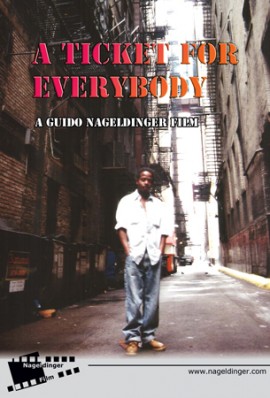 The terminology “poverty pimp” is frequently used for people who take advantage of the poor. Sadly enough, documentary films do this sometimes as well. The concept is easy – you interview a couple of people on the street, expose them to the public and if your pictures are dramatic enough and sufficiently shocking people are going to watch it. Do these films explain why people are on the street? Then you get academic films – they probably stress US average poverty line of 18% and tell you that about 30% of the people in the big cities, such as Chicago, Los Angeles or New York, live below the poverty threshold. This is sadly enough all true – but what are the consequences? Do these films explain to you how you can get people from the streets?

Permanent housing instead of emergency shelter

This documentary entitled “A Ticket for Everybody” is different – it doesn’t intend to be shocking, it is not a freak-show, nor is it academic. It illustrates a variety of activities conducted by a non-profit organization, located in Chicago, IL, called Residents for Effective Shelter Transition (REST), which provides a variety of social services to get homeless people from the street into permanent housing. This film utilizes a strong observational technique and discloses with a non-intrusive style the struggle of people to find housing. It illuminates the issues of homelessness and reveals a live, which is hidden for most of us. It illustrates that homelessness isn’t a choice and that homeless individuals can be assisted who desire independent living in permanent housing. REST achieves the transition from the overnight shelter into permanent housing by providing a variety of supportive social services and low-cost single room occupancy hotels (SRO’s). A Ticket for Everybody is not a freak show, it is an educational documentary and shows by using REST as an example how the issue of homelessness can be solved. The recordings are done in an intimate, non-intrusive manner with the consent of the people filmed. It also shows that homeless people don’t need to be on the street, that they can be helped and integrated into an ordinary live – homelessness is not a choice.

In 1979, a homeless man froze to death on the streets of Uptown. A group of neighborhood residents responded to this tragedy with a commitment to provide overnight emergency shelter during the winter months. In an all volunteer effort, these “Residents for Emergency Shelter” (REST) offered nightly refuge for the homeless persons in the Uptown and Edgewater communities.
In 1984, REST began providing counseling and ten years later expanded shelter services to twelve months a year. In 1997, REST officially changed its name to “Residents for Effective Shelter Transitions” to place emphasis on its Housing – and Life Skills programs. Today, REST employs 23 full time and 8 part time staff. It provides a variety of emergency shelters, a support centre, counseling, and a live skill program. It also operates an intermediate housing program to help disabled clients make the transition to permanent housing.

“A Ticket for Everybody”

“A Ticket for Everybody” is a documentary about housing, poverty and homelessness and available in four parts, free of charge, on YouTube. Just click on the links below.
The documentary shows the support centre, the emergency shelter and a variety of programs, such as the therapeutic art class, a men’s support group, the gym and housing class, which are designed to get people from the street into permanent housing. The film discovers through a variety of interviews why people become homeless and touches topics such as the breakdown of the social support system, mental illness and substance abuse.

Below you find the links to the 4 episodes of the documentary film. Here you find also additional explanation. 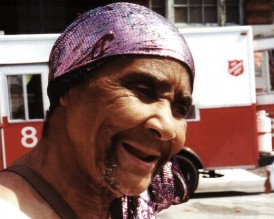 Live within the support center

The first episode illustrates the live within the support center, which is called by the homeless people often drop in center. The idea is to 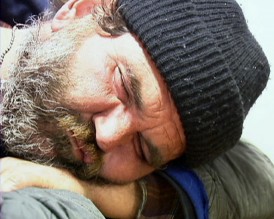 Do you like to volunteer for a homeless program?

The second episode illustrate the life within the overnight shelter and puts emphasis on volunteer groups. The US are frequently portrait 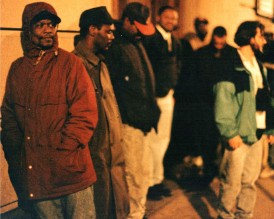 The third episode explains the causes of homelessness and touches topics such as poverty, minimum wage, chronic substance abuse, chronic mental illness and the breakdown of 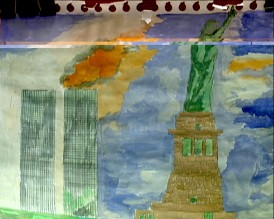 Housing Program: Who wants to be homeless?